Last Sunday, shortly after DevOps’ish Weekly 015 went out, Nicole Forsgren of DORA reached out on Twitter to demonstrate how easy it is to find great people in DevOps. This is Nicole’s list of great folks out there DevOps’ing:

If Nicole Forsgren can bust out 38 awesome people DevOps’ing surely you can come up with ten. Share your ten awesome folks of #DevOps with me on Twitter. Nicole also started a “Ladies in #DevOps” trend in the process of sharing this list. Show people respect where it is due.

Jacob Hoffman-Andrews was on The Changelog recently discussing Let’s Encrypt. It is a fairly journey through the birth of one of the most important projects of the last couple of years.

A utility company made a horrific mistake this week by letting a lesser experienced IT staffer represent their brand. Their page was not encrypted (HTTPS) so Mozilla was showing their page as insecure. The staffer filed a bug report with Mozilla (which is now locked). The IT staffer went so far as to claim the company “has never been breached in more than 15 years.” Within minutes of this bug report hitting The Register the company’s site was hacked and has been offline since.

A number of NTP vulnerabilities were announced this week. These vulns definitely affect Red Hat products. Red Hat has yet to release a patch.

LastPass had a very rough week. I wanted to leave LastPass after their acquisition by LogMeIn. However, there was not a sufficient replacement then. There are now several feature rich password managers on the market. Our household has migrated off LastPass with extreme prejudice.

Google is dropping Symantec on its head by de-trusting its Certificate Authority.

Department of Next Year’s Old Tech

GitHub now lets its workers keep the IP when they use company resources for personal projects. This headline might be the most underrated event of the week.

Open floor plans suck. Can we just go ahead and come up with something between open and rows of offices? Open floor plans are detrimental to those that live in more cognitive roles.

DevOps’ish One-Liner of the Week 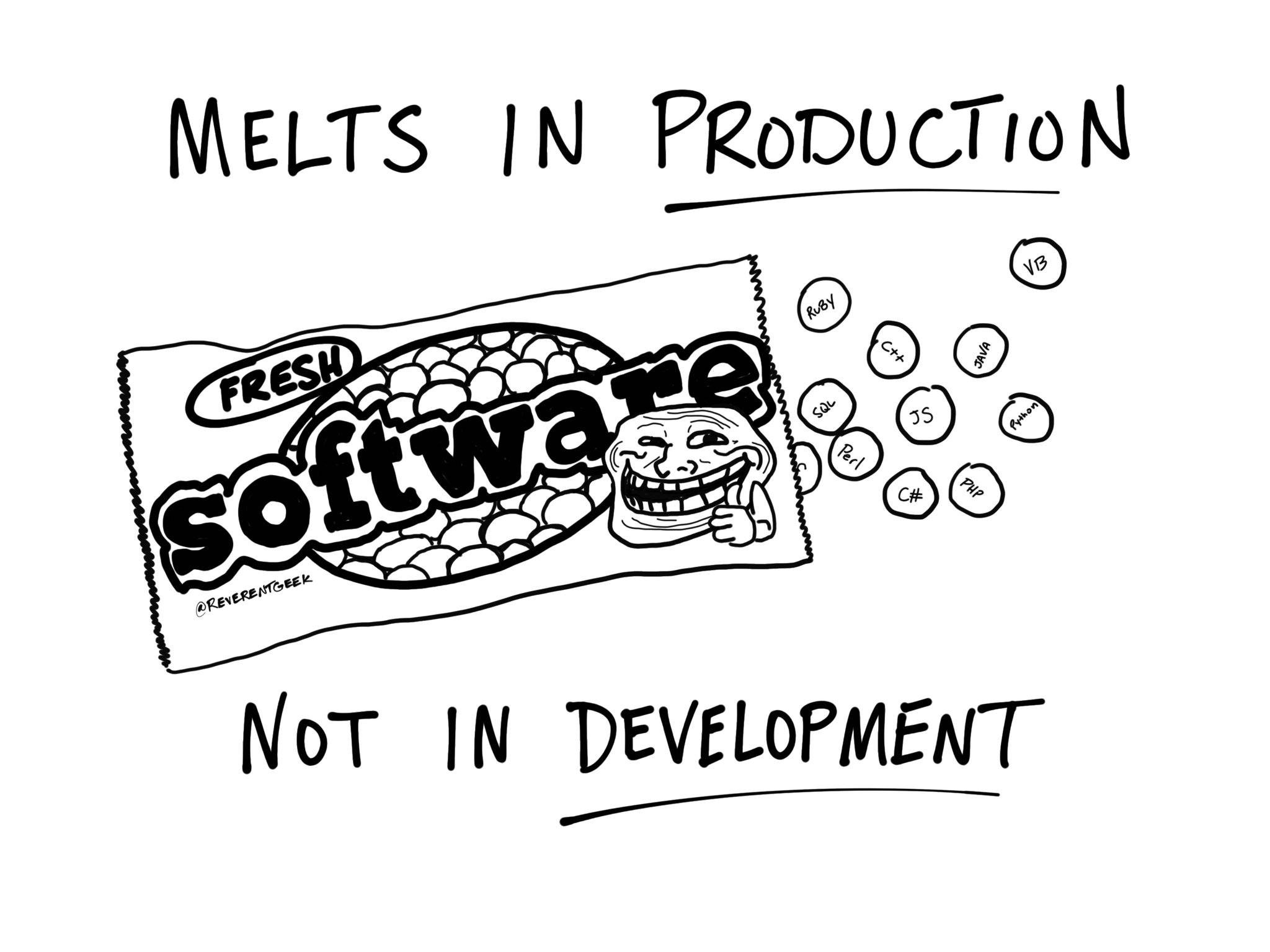 This is so great! Thank you, David Neal