My first full week working as Manager, DevOps at Bankrate.com in Downtown Detroit was great! There is an amazing transformation happening here in Detroit. I foresee Detroit becoming a huge tech hub and DevOps center of gravity in the not too distant future. If you are interested in joining this effort and building a world class DevOps team at Bankrate.com I am looking to fill one more DevOps Engineer position on my team at the moment.

I also had the pleasure of hearing Baruch Sadogursky from JFrog talk about DevOps Transformation at DevOps Detroit. The talk had a great theme (Greek tragedies) and walked through the stereotypical DevOps greenfield scenario. Two things Baruch said really stood out to me. “Pain is instructional.” It is very unlikely you are going to go from startup to Google/Facebook/Netflix in the span of a few weeks, months, or years. The growing pains that will be unique to your organization and applications are incredibly helpful in guiding you towards your goals.

Baruch also addressed the DevOps as a job title or department in a way that resonated with me, “DevOps Engineers are DevOps enablers in their organizations.” This is so true! When DevOps tries to be the entire organization’s culture from day one it will fail. You have to get some buy-in and start. The whole organization will transform iteratively in small, manageable pieces (just like in our workflows). I have come to learn that DevOps is as much about patience as it is speed and flow.

Full Stack Fest 2017: Problems of today, wonders from the future.
Barcelona, 4–8 Sept. 2017
Are you a curious mind? Full Stack Fest is a week-long conference based in the amazing city of Barcelona that peeks into the web of tomorrow. Serverless, Blockchain, WebVR, Distributed Web, Progressive Web Apps… Come and see! Early bird tickets available with a 10% discount using the code DEVOPSISH. SPONSORED

Serverless is very real, folks. Adam Pash shows us how he’s Serving 39 Million Requests for $370/Month, or: How We Reduced Our Hosting Costs by Two Orders of Magnitude

I feel like this might serve me well in the near future: Deploying .NET Application on Docker & Kubernetes

Julien Vehent is writing a book I find rather intriguing: Securing DevOps has been in production for almost a year and is expected to be released this fall.

Jeff Geerling went on an Ansible writing tear this week! Updating all your servers with Ansible and Mount an AWS EFS filesystem on an EC2 instance with Ansible are both great reads.

Linus Torvalds Explains How Linux Still Surprises and Motivates Him

Danger, Will Robinson! Some things you should know before using Amazon’s Elasticsearch Service on AWS via Liz Bennett

Qualys made the world aware of Stack Clash.

Luciano Mammino shares how to Use Let’s Encrypt and Certbot to automate the creation of certificates for OpenVPN.

The folks behind ProtonMail have officially released ProtonVPN. Remember, a VPN is only as trustworthy as you can verify it to be. If you don’t own a VPN stem to stern you still can’t fully trust it.

Advice for large teams on Slack

If you’re a Medium subscriber please read and heed this: How the Best Managers Keep Star Talent

I studied Buddhism as a child (long story) and found this piece from Faisal Hoque via Hackernoon to be quite a nice reminder: Buddha Had It Right: Relax The Mind And Productivity Will Follow 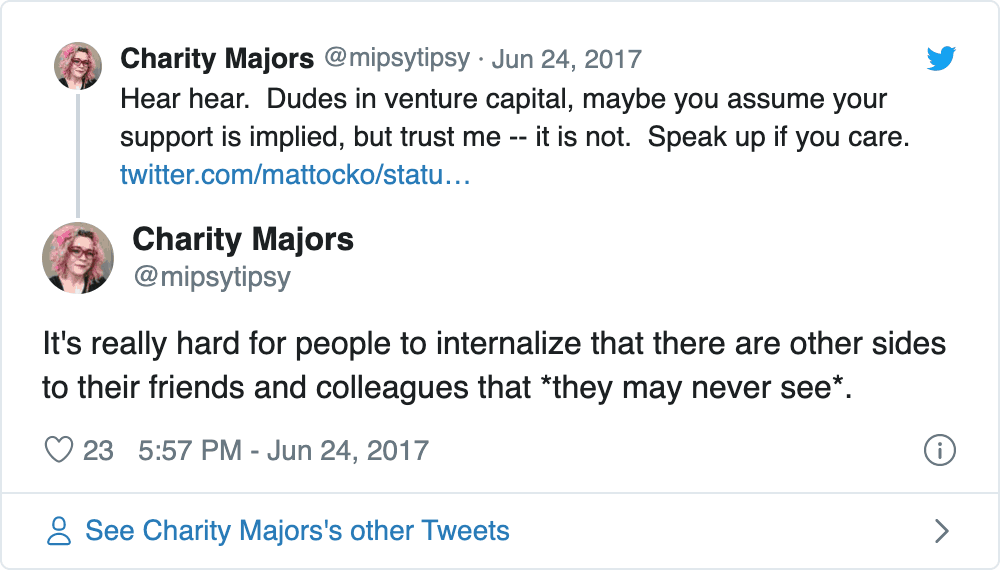