I’ve had an absolutely amazing week! I was named a Cloud Native Computing Foundation Ambassador. My friend, Chris Bailey, and I recorded an episode of Techtown’s Discussing DevOps Details (3D) Podcast. I spoke at the Orchestructure January 2018 Meetup about Golang accelerating DevOps. Last, but certainly not least, I was named an opensource.com 2018 People’s Choice Award winner. I also booked travel for Open Source 101 in Raleigh and DevOpsDays Charlotte. I don’t know how I can top this week. But, I tend to compete with myself; I’m sure I’ll come up with something.

Scale Continuous Delivery for Your Enterprise?
GoCD is a Continuous Delivery tool allowing you to model, orchestrate, and visualize complex workflows. Our enterprise offering provides plugins and professional support to help your scale CD in your organization. Check out GOCD’s enterprise features and performance upgrades now! SPONSORED

WHATIS Going to Happen With WHOIS? Why is this a people issue? Because to display an EU citizen’s name in WHOIS data would be illegal under the GDPR. ICANN is trying to figure out how to meet their transparency goals while still complying with the GDPR.

How I coined the term ‘open source’: Christine Peterson finally publishes her account of that fateful day, 20 years ago.

CoreOS is being acquired by Red Hat for $250 million! However, people in the community are holding judgment on if this is a good thing. Container Linux will stick around. But, the Openshift team fired off an ill-advised tweet that was later removed. The tweet stated, “With the acquisition of CoreOS, Red Hat engineers now Lead or Co-Lead 15 Kubernetes SIGs.” As Joseph Jacks pointed out, “This should be a call for broader community participation to avoid single-vendor concentration.” I couldn’t agree more. I now believe Google and Red Hat have WAY too much power in the Kubernetes ecosystem. But, It’s better than just Google OR Red Hat having too much power. 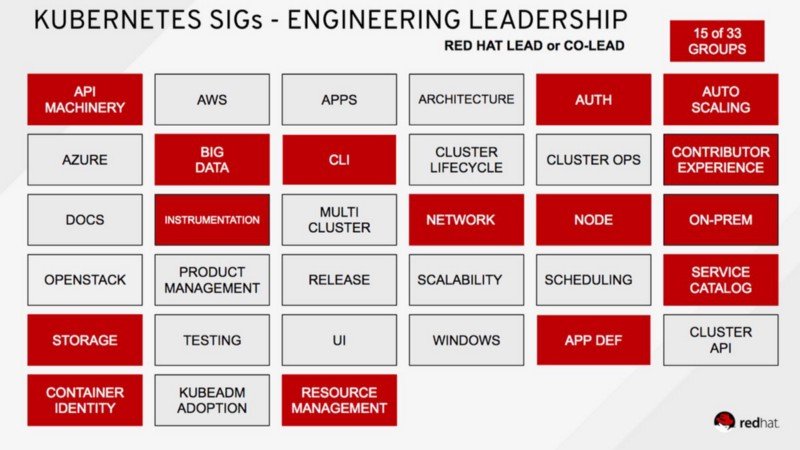 Celebrate 20 years of Open Source: The Open Source Initiative is celebrating its 20th Anniversary in 2018.

​Open source is 20: How it changed programming and business forever

A Shift In Kubernetes Feature Development: It’s not sustainable or good for competition to have everything in core.

Spectre/Meltdown Pits Transparency Against Liability: Which is More Important to You?

Securing Cloud-Native Apps: A useful approach for securing cloud-native platforms can be adapted for securing apps running on top of the platform as well.

Application Security in a DevOps Environment

Raising Money To Bring You More, Better Observability! — Congrats to the Honeycomb.io team.

RFC-8314: Use of Transport Layer Security (TLS) for Email Submission and Access

How the NFL and Amazon unleashed ‘Next Gen Stats’ to grok football games: One week of NFL games now creates 3TB of data!

The full-time job of keeping up with Kubernetes

The State of Go 1.10: An overview of what’s coming up with Go 1.10 given at the Go Devroom at FOSDEM

Announcing etcd 3.3, with improvements to stability, performance, and more

cilium/cilium: API-aware Networking and Security for Containers based on BPF

Commit together with co-authors: Commit co-authors makes it easy to see who has contributed to every commit, regardless of how many contributors there are — and every author gets attribution in the pull request and in their contribution graph.

pro-tip: "cruisin' for babes on LinkedIn" is not even a remotely acceptable mindset

Need more newsletters like this in your life? Checkout Kube News and DevOps Newsletters