I had a very quiet week (which explains the enormity of this week’s newsletter). To give you an idea what the highlight of my week was, on Friday, I wiped two laptops, went to FedEx, and shipped them back to their owners. I’m spending the weekend between jobs resting and resetting. I will be in Raleigh the first part of the week and will finish the week at home, working for a new employer. To say I’m looking forward to getting started would be an understatement. I’m probably more excited to start this job than any other job I’ve ever had. Keep your eyes on chrisshort.net for an announcement on Monday.

Webinar: Continuous Delivery with Docker, Kubernetes, and GoCD
Docker and Kubernetes provide the platform for organizations to get software to market quickly. In this webinar, you will get a practical guide in designing a Docker-based CD pipeline on Kubernetes with GoCD. SPONSORED

Ballerina: Cloud-Native Programming Language
Ballerina makes it easy to write microservices that integrate APIs. TechWorld placed it as #1 in their “Top programming languages you should try”. Ballerina supports modern protocols and data formats, has built-in constructs for event and stream processing, resiliency, parallel execution, and can deploy directly onto Docker and Kubernetes. SPONSORED

Kubernetes Workshop, Getting Minikube Up On Your Computer
Date: 2018-07-12
Time: 5:00 PM to 8:00 PM ET We want everyone to have a local Kubernetes instance to experiment with, this will be a practical workshop, bring your laptop.

Chaos Conf
Date: 2018-09-28
Chaos Conf looks super awesome. Opening the event will be Adrian Cockcroft, VP AWS, who called 2018 “The year of #chaosengineering”. Closing out the night will be Jessie Frazelle, one of the top #containers experts on the planet currently at Microsoft.

AnsibleFest 2018
Date: 2018-10-02 through 2018-10-03
AnsibleFest is the annual user conference for the Ansible community and Red Hat Ansible Automation users. For the first time, we’ve expanded to two-days, jam-packed with content covering all aspects of IT automation, whether you’re just getting started or already an advanced automation professional. 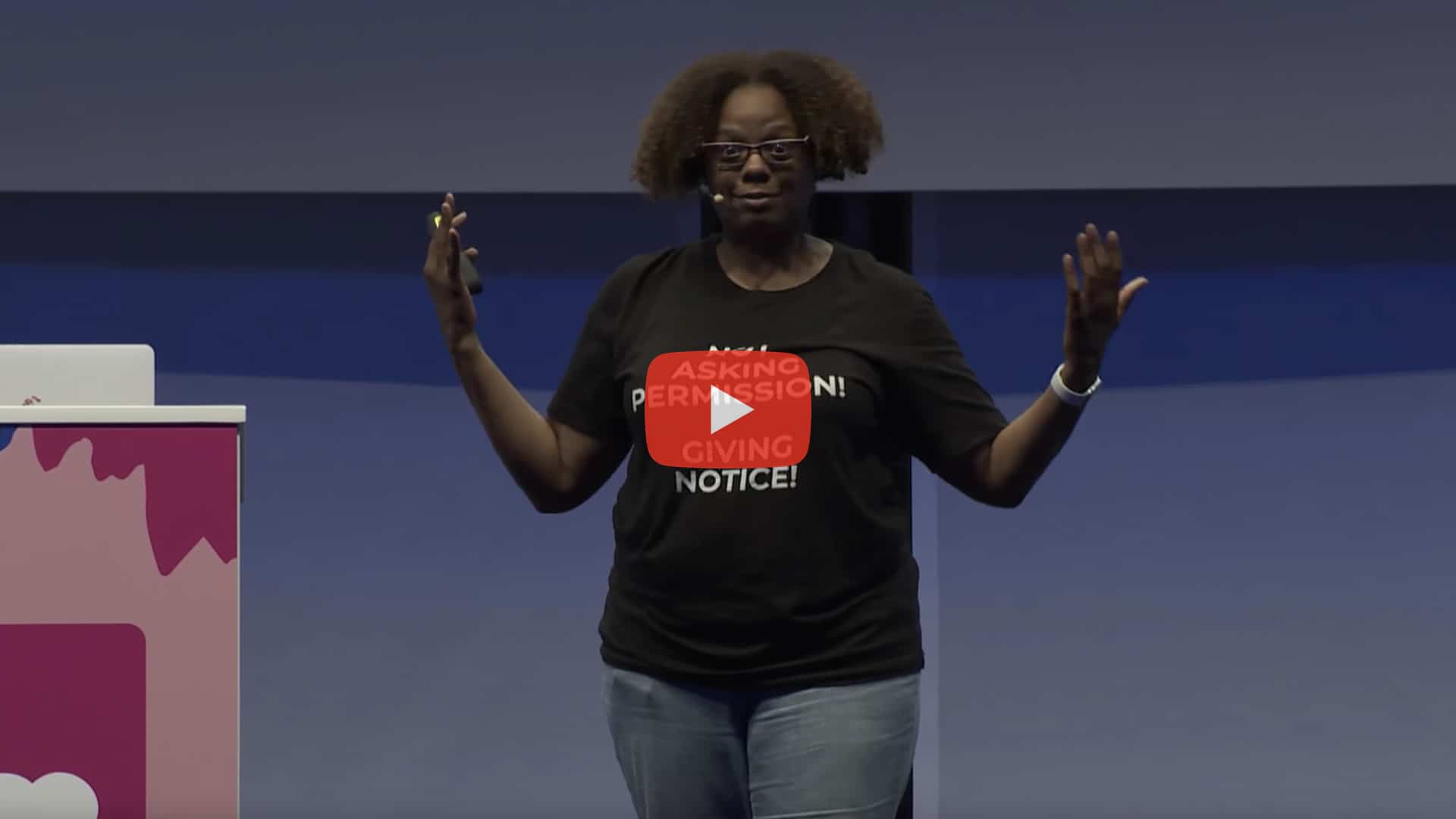 Kim Crayton: Unintended Consequences: How to Reduce Exclusionary Practices In Our Organizations and Communities

Let’s actually talk about Diversity: Shanis Windland of Heptio talks about real life diversity issues. Her perspective as a military brat in tech is especially refreshing to me.

Mark Zuckerberg on separating migrant children: ‘We need to stop this policy right now’: All of Silicon Valley is up in arms about the Trump administration this week. Rightfully so too. I didn’t fight brutal dictators and terrorists so this shit could happen in my own country.

Google Engineers Refused to Build Security Tool to Win Military Contracts: A work boycott from the Group of Nine is yet another hurdle to the company’s efforts to compete for sensitive government work.

It’s the culture, stupid: If culture is why women are leaving tech, then how do we begin to change it?

CEO of struggling storage biz Tintri quits: SEC filing shows company up the creek and sans paddle. Thomas Barton resigned from his role as CEO after only three months. Tintri was delisted from the NASDAQ on June 22, due to trading under $1.00 for 30 consecutive calendar days. The collapse of Tintri has been described as, “imminent”. Tintri’s IPO was 2017-06-30 (less than a year ago).

16 blogs and newsletters to follow for DevOps practitioners Continuous learning is a tenet of DevOps. It’s important to keep up with trends in this fast-paced world of technology.

Bitcoin is an ’environmental disaster’ and ‘could bring the internet to a halt’, study says: “Bitcoin miners are using as much electricity as Switzerland, while the computing power needed to deal with bitcoin growth would eventually overwhelm all computers, the Bank of International Settlements said”

The Next Wave: DigitalOcean’s New CEO: Mark Templeton comes to DigitalOcean from Citrix. This should be interesting.

Come find me in the hallway: As a speaker, you shouldn’t be taking questions on stage after your talk.

Open Hardware: Good for Your Brand, Good for Your Bottom Line: With the rise of IoT, we’re inside a short window where “open” is a strong differentiator for hardware products. Is your company ready to take advantage of it?

Stand-up meetings: 5 reasons to kiss traditional meetings goodbye: Can you end meeting dread by having stand-up meetings? IT leaders say it’s not as hard as you’d think - and delivers big benefits

How I Switched from Docker Compose to Pure Ansible: “The longer I used docker-compose, the more I realized it wasn’t meeting all of my needs. I needed a more powerful tool with full templating, more modules, easier setup and well-defined abstractions to better meet my needs. Ansible was that solution for me.”

Where in the DevOps cycle do you do security?: The short answer: everywhere. Here’s how to implement a strategy.

DevSecOps: Embracing Automation, Letting Go of Tradition: “Close to 60% of the survey respondents view security as an “inhibitor” to DevOps agility, and while 50% of developers know security is important, they don’t have enough time to spend on it.”

From here on, Red Hat’s new GPLv2 software projects will have GPLv3 cure for license violators: We’ll forgive you if you change your ways, says Linux giant

Growth Engineering at Netflix — Accelerating Innovation: “Growth Engineering owns the business logic and protocols that allow our UI partners to build lightweight and flexible applications for almost any platform.”

Has Agile Programming Lost its Way?: Absolutists and Process Puritans often scare me. But, there is something to be said about the “Agile-Industrial Complex”.

How to fight child pornography with a Raspberry Pi and deep learning: Finding illegal content with just 10 Watts of power

Facebook and Google must do more to support Wikipedia: If big tech companies are going to use Wikipedia as a resource, they should better support its important work, says the executive director of the Wikimedia Foundation

Welcome to Fedora CoreOS: “Fedora CoreOS is going to be built from Fedora content rather than in the way it’s made now… the goal is for existing Container Linux users to be as happy as — or happier than! — you are with the OS today.”

How to reset, revert, and return to previous states in Git: Undo changes in a repository with the simplicity and elegance of Git commands.

The History of Kubernetes on a Timeline: “To tell the story of how Kubernetes evolved from an internal container orchestration solution at Google to the tool that we know today, we dug into the history of it, collected the significant milestones & visualized them on an interactive timeline.”

Red Hat’s Approach to ‘Functions as a Service’: In case you didn’t get enough Michael Hausenblas…

Anatomy of a Linux DNS Lookup – Part II: “[H]ow resolv.conf can get updated, what happens when systemctl restart networking is run, and how dhclient gets involved.”

How to autoscale continuous deployment with GitLab Runner on DigitalOcean: “Our friends over at DigitalOcean share how to configure a highly scalable, responsive and cost-effective GitLab infrastructure.”

Apple MacBook & MacBook Pro Keyboard Service Program: What you need to know: “For the small percentage of customers who have experienced issues with their MacBook Pro keyboard, and who aren’t covered by AppleCare, Apple will now be covering you — or potentially reimbursing you — with a new service program.”

Web Assembly and Go: A look to the future by Brian Ketelsen

A Beginner’s Guide To Firewalling with pf: “This guide is written for the person very new to firewalling. Please realize that the sample firewall we build should not be considered appropriate for actual use.”

How I use Wireshark: Julia Evans breaks down how she uses Wireshark to troubleshoot real-world development issues.

Serverless Migration Strategies: What to Know Before Making the Leap: “There are also wrong and right ways to migrate to serverless resources. Here are a few things to keep in mind before making the leap.”

DevOps Engineer at TiVo in Durham, NC
As a DevOps Engineer, you’ll be part of a small operations team responsible for engineering and maintaining the production infrastructure for Tivo’s Advanced Search and Recommendations platform in the cloud and on-premises.

Developer Advocate at Kickbox (REMOTE, US Only)
The core of developer relations is community and empathy. We’re looking for someone that can connect with people, build relationships and actively support the learning and success of others.

Product Marketer at Kickbox (REMOTE, US Only)
The core of product marketing is rooted in product promotion. It’s a combination of product development and branding and plays a critical role in bringing new tech products to market. We’re looking for someone to enthusiastically collect data, create developer personas and develop a marketing funnel.

NOTE: If you’re a subscriber and looking for talent, please let me know. For the time being, I’m happy to feature job postings from subscribers for free.

I don’t usually weigh in on this topic, but “devops” isn’t the same as “continuous deployment.”

I realize they’re conflated often.
I acknowledge it’s useful for some to conflate them.

But they’re not the same thing.