At 8:13 PM last Saturday, the family and I were gathered in our basement, evading a tornado warning that came through the area. The storm spawned three tornadoes. Luckily, we weren’t hit directly. But we lost power, internet, and cell service. After getting the all-clear and assessing the situation, it was clear that we would be without power for quite a few hours. Making a newsletter last week wasn’t happening. It was technically impossible, and to be honest, I had a big ole stack of higher priorities come in. Then a few hours turned into a few days without these services. Luckily, we have a gas stove and water heater.

I spent Monday morning frantically trying to find a place with the trifecta of power, internet, and cell service. It didn’t exist within a twenty-minute radius of our house. We spent over 44 hours without power. We were lucky we didn’t have to wait much longer than that. The roof that I thought was damaged wasn’t (the shingles in our yard weren’t ours 😬😬😬). Cell service came back up in the morning on Tuesday.

The fragility of our millions of dollars in infrastructure became very apparent Saturday night as we watched our world turn suddenly dark with little warning. I’m more used to hurricanes (typhoons) where you know days in advance to be ready. The suddenness of it all is what sucked. We got a relatively typical warning of potential severe weather (a 50/50 shot of something happening). It wasn’t until after Max was in bed that things got bad. Getting through it all takes calm and patience. But that’s hard to say to the five-year-old.

As always, I treated the whole thing as a learning and preparation exercise for the next storm. Julie got an updated battery pack. We also got a solar panel charging station and a solar and hand-cranked powered emergency radio with many bells and whistles. When I made coffee using a mortise and pestle as a grinder, I realized I needed to get a hand-cranked coffee grinder (It’s a solid five-minute workout, according to my Apple Watch). Also, I’m not going to lie; this neck fan might be one of the greatest inventions ever (especially in humid weather).

My wife said the weekend felt like three weeks on Tuesday while I nodded in vigorous agreement. It made this week chaotic and more challenging to manage than usual. I am lucky I had a well-trained intern and a supportive team around me.

Good news! Honeycomb just published new chapters in their upcoming O’Reilly book, written by Charity Majors, Liz Fong-Jones, and George Miranda. Read this preview today to learn what constitutes good observability and how to make improvements from what you’re doing now. These chapters also provide practical do’s and don’ts for migrating from legacy tooling, such as metrics monitoring and log management.

GitOps Guide to the Galaxy (Ep 19): GitOps with Codefresh
Christian Hernandez and I sit down and talk to Dan Garfield about GitOps at Codefresh.

Nooses, Anger and No Answers: Inside the Uproar Over a Future Amazon Site
Amazon doesn’t actually own the warehouse until it’s done. The town is at a loss as to what to do. Then low and behold they say only two were technically nooses. What the fuck? Cops are grading knot tying now? If I walked into any building with a noose or anything that looked like a noose, I’d be looking for the person who put it there and less worried about the quality. Racist towns are the future ghost towns.

Credit to Tech’s Pandemic Leadership
Despite everything else, “America’s tech companies have been leading the way for how large employers should aid in the country’s pandemic response.”

Israel begins investigation into NSO Group spyware abuse
“‘We want them to check everything,’ says the CEO of a cybersecurity company implicated in campaigns against politicians, activists, and other notable figures.”

From Stolen Laptop to Inside the Company Network
From trivial loss of property to holy 🤬 🤬!!!

Cut us some Slack: $27bn+ later, collab tool officially belongs to Salesforce
If you’re in the US and watched ANY Olympic coverage I’m sure you’ve been reminded excessively of the closure of this deal.

The Level Up Hour (E42): IT security jargon and lingo
“A lot of terms get thrown around when it comes to IT security, and sometimes it’s hard to keep it all straight. So in this episode, let’s go through the various security buzzwords and jargon you’ve likely come across as developers. We’ll explain any basics you may have been missing during the last episode, and some of the deeper topics we’ll cover will be: authentication, authorization, attestation, DevSecOps, SPIFFE, SPIRE and anything else you can think of. So if anything in that sentence was a new term to you, buckle up because we’ll cover it in this talk. Oh, and let’s not forget TLS, which is not SSL, but everyone thinks it is.”

About Google Drive’s “A security update will be applied to some of your files” message
I’ve seen this quite a few times lately but didn’t really understand the why behind. Well, now I know.

MeteorExpress | Mysterious Wiper Paralyzes Iranian Trains with Epic Troll
The Iranian train system was hacked, trolled, and an all new wiper was discovered in the process.

Deploying Microsoft’s New Linux Distribution as a VM is Not Easy
Well, it was designed to be used in Azure so I’m not sure what you were expecting.

TSMC Will Start Making 2nm Chips As Intel Tries to Catch Up
Intel being a laggard is something we might have to get used to for a year or two while Gelsinger picks up the pieces of the chip maker.

Spending On Cloud Outposts Is Climbing The Hockey Stick
Yeah, the cloud doesn’t solve everything. Who knew?

Cosign 1.0!. And other Sigstore July Updates!

Hundreds of Ways to Get S#!+ Done—and We Still Don’t
I really don’t think this is a tooling problem. I used to be highly organized and a detailed note taker. Sadly, nowadays, my work and decisions have to happen in a just in time manner or otherwise I’d be the most organized person at work. The tools have to come with processes for people to use them. 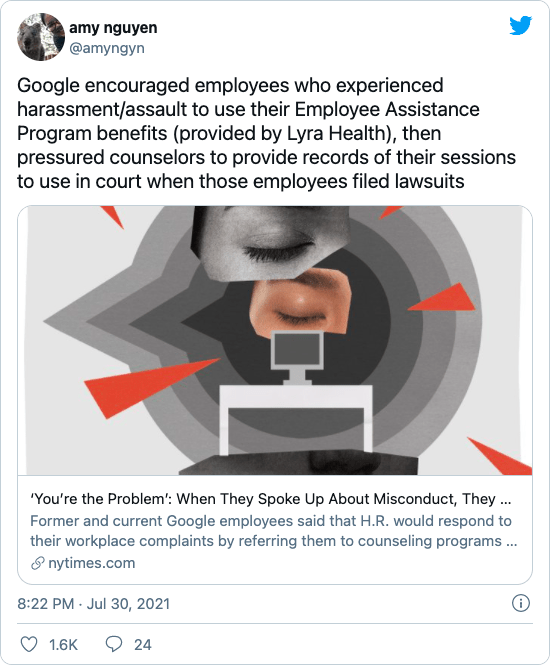